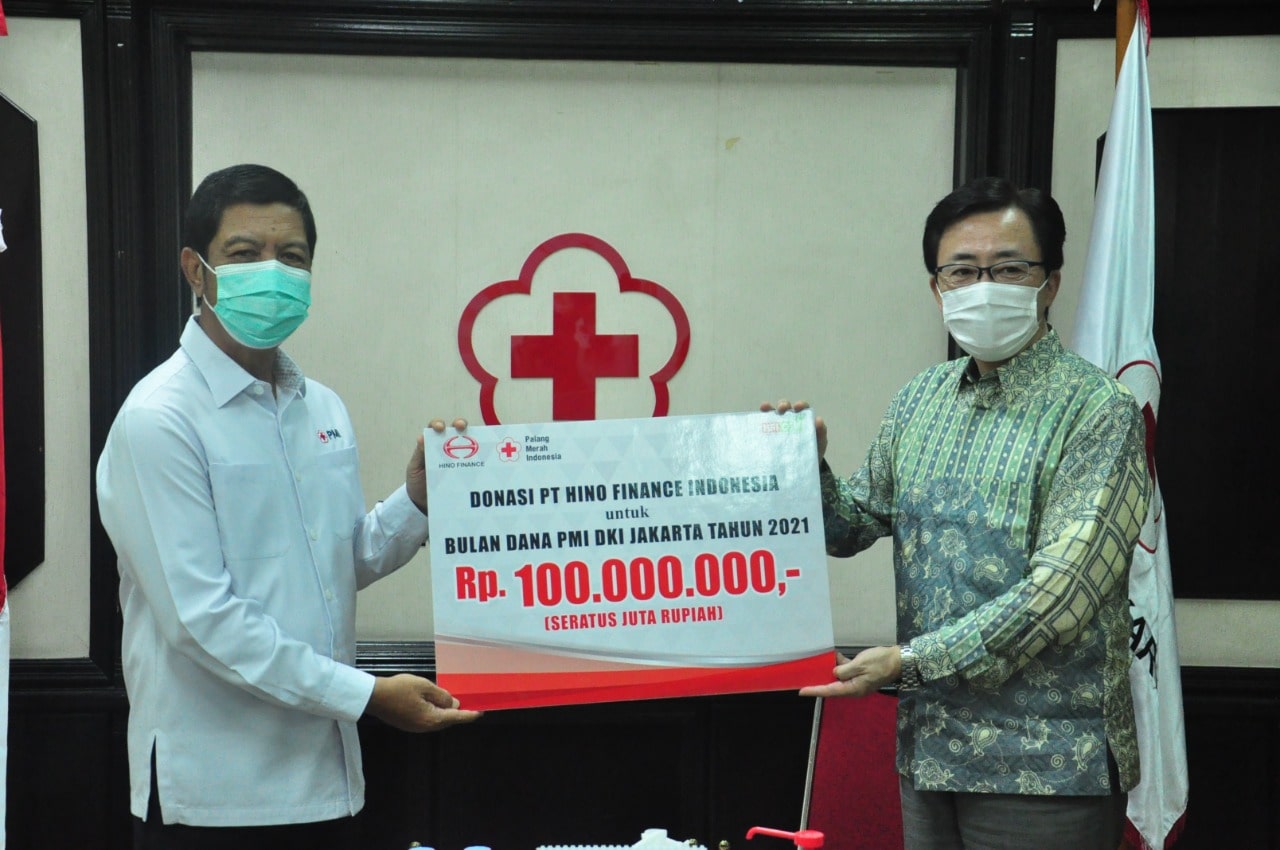 November 24, 2021 – PT Hino Finance Indonesia (HFI) distributed a donation of IDR 100 million in the context of collecting humanitarian funds for the 2021 DKI Jakarta PMI Fund Month. The donation was handed over directly by Mr. Hajime Kawamura as President Director of HFI to the Chairman of PMI DKI Jakarta, Mr. Rustam Effendi at the DKI Jakarta Provincial PMI Building.

In his speech, Mr. Kawamura revealed that HFI is an official finance company from Hino Motor Sales Indonesia (HMSI) that contributes to economic development in Indonesia. HFI’s mission is not only to commercially sell HINO brand motor vehicles but also contribute to the welfare of the community through humanitarian activities.

HFI hopes that the donations given to PMI can be useful and in line with the 7 (seven) basic principles of PMI, namely Humanity, Equality, Neutrality, Independence, Volunteerism, Unity and Equality.

Jakarta, 01 September 2022 – Hino Finance Indonesia, which is a captive finance company of Hino products, officially launched the Small EnterprIse FinAnce Product “Hino Finance #SIAP”. This launching is a continuation of the
News CSR

Jakarta, 15 August 2022 - PT Hino Finance Indonesia (the Company) in collaboration with the Cinta Anak Bangsa Foundation (YCAB) supports education programs for children in Indonesia. This educational program is carried out through the
Article News

Jakarta, 20 June 2022 – PT Hino Finance Indonesia (the Company) in collaboration with the Lindungi Hutan Foundation supports environmental conservation efforts by planting 600 trees in the Mangrove Ecotourism Area, Pantai Indah Kapuk,
We use cookies on our website to give you the most relevant experience by remembering your preferences and repeat visits. By clicking “Accept All”, you consent to the use of ALL the cookies.
Accept All
Manage consent

This website uses cookies to improve your experience while you navigate through the website. Out of these, the cookies that are categorized as necessary are stored on your browser as they are essential for the working of basic functionalities of the website. We also use third-party cookies that help us analyze and understand how you use this website. These cookies will be stored in your browser only with your consent. You also have the option to opt-out of these cookies. But opting out of some of these cookies may affect your browsing experience.
SAVE & ACCEPT